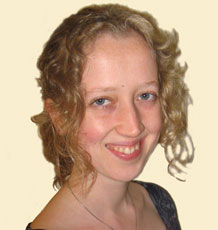 Esther Wilkinson is an Associate Research Fellow working with Dr Heather O’Mahen on the Netmums trial, evaluating the effectiveness and acceptability of a supported online CBT-based intervention for postnatal depression.

Esther joined the Mood Disorders Centre in 2011.  Prior to this she worked with Dr Fiona Challacombe at the Institute of Psychiatry on a large-scale study of ante- and postnatal OCD and anxiety.

She has also worked as a therapist for young children with autism, and as a support worker for the mental health charity MIND and for a Sure Start centre in Cambridge.