Skip to main content
College of Life and Environmental SciencesPsychologyPeopleprofile 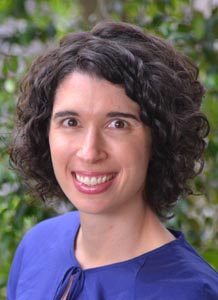 I am a Research Fellow working on an ERC funded project: Context, Identity & Choice: Understanding the Constraints on Women’s Career Decisions.

I am a social psychologist studying how stereotypes inform different prejudices and privileges that contribute to inequality (e.g., access to leadership, the law, help from others). I also study collective action and social change (e.g., men's action in support of gender equality, mobilising action to address the climate emergency).

I have mixed-methods expertise, including in advanced quantitative methods, qualitative approaches and in experimental and survey design.

I received my Ph.D. from the Australian National University focusing on gender prejudice and privilege in leadership and organisational roles more generally. Before joining the University of Exeter in 2017, I was employed in research roles in Australia, including at The University of Queensland to examine biases affecting prosecution and conviction for sexual assault, and by Melbourne Business School to examine impacts of flexible-workplace policies designed to address inequality. I was also employed in a number of teaching roles in Australia, primarily at the University of Queensland.

My published research covers issues of prejudice towards women and privileges afforded to men in leadership, how groups to advance action on climate change form, and how identity and emotion contribute to biases when responding (or failing to respond) to gender-based violence. Some of my ongoing projects include: examining processes important to mobilising men’s action in support of gender equality (supported by a British Academy/Leverhulme Small Research Grant); expanding understandings of stereotype content and implications for leader-gender bias and gender and class biases in STEM fields; and paradoxical effects of promoting women's individual resilience to achieve gender equality.

My research has received broad media coverage, including by BBC, AFP, The Independent, Forbes, The Huffington Post, The Boston Globe, Salon, New Scientist, The Canberra Times and The Sydney Morning Herald.

My research covers topics relevant to social, organisational, political, environmental and cross-cultural psychology as well as psychology and law, and can be grouped into the following three areas: