At the Psychology Department, we cherish diverse ways of thinking and learning, and understand that generally, education should not be structured  using a neurotypical lens.

For this reason, we have taken several steps in restructuring our teaching and educational environments to allow all students an equal opportunity for success (see Departmental Support section below).

Our EDI team and the University of Exeter value neurodiversity and is committed in creating teaching environments that allow everyone equal opportunity for success.

Why is neurodiversity important?

It is estimated that 1 in 7 people are Neurodivergent (around 15% of people in the UK) and research shows that neurodivergent students often feel a lower sense of belonging and have decreased graduation and employment rates. Therefore, creating neurodivergent-friendly environments in Higher Education is important for everyone.

More generally, classification as a minority group member can lead to prejudice and discrimination which has a range of negative psychological outcomes. Therefore, from a social justice perspective, creating societies that allow everyone to be their real self is important.

Cognitive function that is generally seen as ‘normal’ or ‘typical’

There are a few things you can do if you need help while at University. Please select the links below to find out more.

In the year 2021-2022, we ran focus groups with neurodivergent students to understand their own experiences of Higher Education. We used this information to test specific teaching tools and to deliver training to staff and the University more widely so that our teaching and educational spaces are neurodivergent-friendly.

So what have we changed?

1. STIM toys for everyone in the classroom

Following our focus groups and interventions, and in our attempt to normalise neurodivergence, we found that STIM toys delivered to all students in the classroom benefitted not only neurodivergent students but also neurotypical ones. For this reason, every student in the class will be given a STIM toy.

Many of our students highlighted difficulties with the sensory environment. For this reason, we have purchased a range of ear defenders which can be used in the classroom.

As these are more limited, we ask that you borrow these from the EDI team for a period that is suitable to you and return them at the end of the academic year. If you are interested in borrowing ear defenders, please contact the EDI team at psychologyEDI@exeter.ac.uk

You do not need an ILP (Individual Learning Plan) to borrow ear defenders. We do however recommend you apply for one, should you need it.

3. Changes to our slides: non-white backgrounds

Following discussions with neurodivergent students, we now provide versions of the lecture slides on a non-white background too.

Slides will be uploaded 24 hours in advance to allow time for reading and note-taking before the classroom.

During your time here, you may need to access support for wellbeing. Tim Harris is the Welfare Advisor for Psychology students. He is based in the Peter Chalk Hub. You can send him any queries about welfare queries or request an appointment via welfare.peterchalk@exeter.ac.uk

What is an ILP?

An Individual Learning Plan (ILP) is a document that informs departments within the University of the recommended reasonable adjustments that may be put in place for you.

To have an ILP in place you must have a health condition or disability under the Equality Act 2010. The legislation covers all universities in the UK and all are expected to provide reasonable adjustments to assessed needs.

Why do students have ILPs?

Reasonable adjustments are put in place using an ILP in order to remove barriers that may prevent you from participating at University and to minimise the impact that your health condition or disability may have on your ability to study.

How can I get an ILP?

Follow this link to apply for an Individual Learning Plan.

The Autism Spectrum Condition (ASC) Group welcomes any student at the University of Exeter who identifies with autism spectrum conditions (such as Asperger's syndrome) or believes they would benefit from being involved. The social group is facilitated by two AccessAbility advisors, Sasa from AccessAbility (also an ASC mentor) and Ellen, who attend each social to help run activities and support those who may feel anxious or apprehensive about taking part.

It doesn’t matter when you get involved in the year, you’re welcome any time. Some students come a few times a term whilst others come to every group. You’re able to attend at any point in the session too, whether you just want to join for 10 minutes or stay throughout. It’s totally up to you.

Other Groups (including Dyslexia, ADHD and others)

If you are interested in information on wellbeing support and groups from the University please visit the Support groups and webinars page.

This conference is neurodivergent-driven and so we invite internal and external speakers to talk about their research on neurodiversity as well as their lived experiences and tips for creating more neurodivergent-friendly HE environments.

We also invite and welcome any students with lived experience of neurodiversity to speak at these events and discuss with us the challenges they faced in University so we can work together towards creating neurodivergent-friendly HE environments. If you are interested in participating, please contact psychologyEDI@exeter.ac.uk. 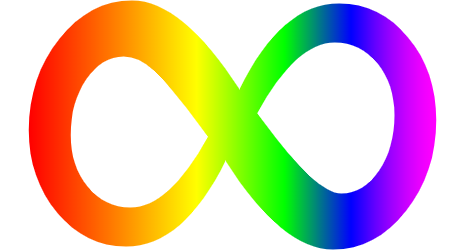