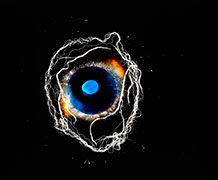 Aphantasia clears the way for a scientific career path

People with low or no visual imagery are more likely to work in scientific and mathematical industries than creative sectors, according to new research.

The research, led by the University of Exeter, asked 2,000 people with aphantasia and 200 with hyperphantasia about their career choices, amongst other topics.  They also asked 200 control participants with mid-range imagery vividness recruited from the Exeter biobank EXTEND study. They found that more than 20 percent of people who had no or little visual imagery worked in science, computing or mathematics; whilst more than 25 percent of people with extremely strong visual imagery worked in arts, design, entertainment and other creative industry.

Professor of Cognitive and Behavioural Neurology, Adam Zeman, initially coined the phrase ‘aphantasia’ in 2015 and led this project through a grant to the ‘Eye’s Mind’ team funded by the United Kingdom Arts and Humanities Research Council.

He said: “This discovery adds importantly to our understanding of aphantasia. Our research shows that aphantasia has certain benefits to people working in technical sectors while hyperphantasia predisposes people to work in the arts. While this is the overall trend, we know there are many exceptions – for example, we recently organised an exhibition of art created by aphantasic artists which went on show in Exeter and Glasgow in 2019.

“At Exeter, we’re right at the forefront of aphantasia research and it’s exciting to work in such a developing area, continuing to discover more about something which was relatively unknown and unheard of until a few years ago.”

Professor Craig Venter is a world famous geneticist who led the team reporting the first draft sequence of the human genome. He had long realised he had aphantasia, but was gratified to find a term that mirrored his experience. Whilst some would see this as a disadvantage, he has drawn on the positives when it comes to his work.

Craig said: “I have found as a scientific leader that aphantasia helps greatly to assimilate complex information into new ideas and approaches. By understanding concepts vs fact memorization I could lead complex, multidisciplinary teams without needing to know their level of detail.”

Recounting his discovery that he couldn’t visualise, he said: “I discovered that I had it when I returned to college after getting out of Vietnam. My realization came from competing in classes with then my wife who had a perfect photographic memory. By comparison I discovered I had none.”

The project is led by the University of Exeter with collaborators from University of Edinburgh and Heriot-Watt University. The full title of the paper, published in Cortex, is ‘Phantasia – The psychological significance of lifelong visual imagery vividness extremes’. Professor Zeman has also written for the ‘Eye’s Mind’ blog, which can be found here.