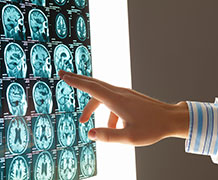 ABI is a leading cause of death and disability in the UK.

MPs will consider a report by scientists on the services available to people with an Acquired Brain Injury (ABI).

ABI – which may be caused by trauma (falls, road accidents, assaults) and by tumours, infectious diseases and strokes – is a leading cause of death and disability in the UK.

Today the All-Party Parliamentary Group (APPG) on ABI will discuss recommendations from a group of experts including Professor Huw Williams, of the University of Exeter.

The report – “Time for Change: Acquired Brain Injury and Neurorehabilitation” – will be launched in Westminster later.

“Acquired Brain Injury is an invisible epidemic, and we need to ensure that the neurorehabilitation services required following a brain injury are ‘fit for purpose’ throughout the UK,” said Chris Bryant MP, chair of the APPG on ABI.

There are more than 1.3 million people living with the effects of brain injury, at a cost to the UK economy of £15 billion per annum – or 10% of the NHS budget.

Advances in emergency and acute medicine mean that many more children, young people and adults now survive with an ABI, but many of these people require early and continued access to neurorehabilitation to optimise all aspects of their physical, cognitive, behavioural and psychosocial  recovery, and to maximise their long-term potential.

Professor Williams said: “We find that people with brain injuries have lives of ongoing uncertainty – an ongoing crisis.

“Depending on the severity of injury, they may feel lost and lacking hope, unsure of where to find help, or they may feel stigmatised and judged.

“There is often a vicious spiral of losses and grief, with problems ‘piling up’ – like being excluded from school, losing work, being in trouble with the law, or having relationships break down.

“There is also a major risk of mental health problems and suicidality.

“It doesn’t need to be this way.

“We have much better ways to support and enable people with brain injuries now than we ever have.

“We can help them plan and remember things they need to in a job or at school, and to be part of a family and the community.”

The report reviews the implications for children and young people with ABI when most of their neurorehabilitation takes place in the education system.

The high incidence of ABI amongst offenders is discussed, as is the impact of neurorehabilitation on behavioural change and reoffending.

The current issues in sport-related concussion are outlined as well as the need for an improved welfare system that is easily accessible.

The report summarises the key issues and makes a number of crucial recommendations.

Mr Bryant concluded: “ABI impacts on many government departments so a task force is required to address the issues and recommendations as a matter of urgency.

“The APPG on ABI intends to unite all the departments involved in order to drive change for brain injury survivors.”

Copies of the report can be obtained from: https://www.ukabif.org.uk/campaigns/appg-report/