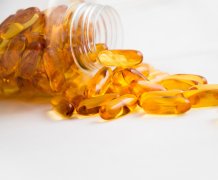 The study has shown that a daily intake of nutritional supplements won’t help stave off the onset of depression.

A daily intake of nutritional supplements won’t help stave off the onset of depression, a new study has revealed.

Instead, regular lifestyle coaching to help people improve their diets and eating behaviour may provide a more effective method for people to prevent major depressive disorder.

The study is published in the Journal of the American Medical Association (JAMA) on Tuesday, March 5th 2019.

A team of international researchers, including Professor Ed Watkins from the University of Exeter, has conducted a pivotal new study into whether nutritional supplements available in the High Street can play a role in preventing clinical depression.

Experiencing depression often goes hand in hand with being overweight.

The study, called The MoodFood trial, compared different nutritional and lifestyle strategies that might change mood and wellbeing in people who were overweight defined as body mass index (BMI) > 25.

More than 1,000 overweight or obese participants from the UK, the Netherlands, Germany and Spain who were identified as being at elevated risk for depression - but were not currently depressed - took part in the study.  Participants were followed up for one year.

Half of the study group received daily nutritional supplements, while the other half were given a placebo.

Half of the sample also received a psychological and behavioural therapy designed to help them change their habitual dietary behaviours and patterns. This included learning strategies to cope with low mood and to reduce snacking and to increase a healthy Mediterranean style diet.

The study found that the supplements, which contained folic acid, vitamin D, omega-3 fish oils, zinc and selenium, worked no better than the placebos in helping participants prevent depression over one year.

Although the behavioural therapy to encourage a healthy dietary behaviour and improve diet was not effective at preventing depression overall, there was some evidence that it prevented depressive episodes in those participants who attended a recommended number of sessions.

This suggests the food-related behavioural therapy only works if the participants get  a sufficient “dose” of therapy and are able to sufficiently change their diet and habitual dietary behaviours.

Professor Ed Watkins, an expert in Experimental and Applied Clinical Psychology at the University of Exeter said: “Because depression is such a common problem, finding effective and widely available ways to prevent depression at a population level is an important goal.

“Diet and nutrition held promise as one means to reach large numbers of people. However, this trial convincingly demonstrates that nutritional supplements do not help to prevent depression.

“There was a suggestion that changing food-related behaviour and diet may help to prevent depression, but this requires further investigation.”

More than 40 million Europeans experience a major depressive disorder. One in ten men, and one in five women suffer from clinical depression at least once during their lifetime. Depression is one of the most prevalent and disabling disorders in the EU.

Given the increasing prevalence of depression, more people are actively searching for ways to decrease their risk through lifestyle modification, but are often overwhelmed by confusing and contradictory information.

The MooDFOOD prevention trial is the largest randomized clinical trial to study the effects of nutritional strategies on the prevention of major depressive disorder.

Researcher Mariska Bot from Amsterdam UMC: reported “Daily intake of nutritional supplements over a year does not effectively prevent the onset of a major depressive episode in this sample.

Nutritional supplements were not better than placebo. Therapeutic sessions aimed at making changes towards a healthy dietary behaviour did also not convincingly prevent depression”.

MooDFOOD project coordinators Professor Marjolein Visser and Professor Ingeborg Brouwer of the Vrije Universiteit Amsterdam said:  “Based on a large number of studies and careful analysis, MooDFOOD researchers have come to three important conclusions at the end of their project.

“First, a healthy dietary pattern, typified by a Mediterranean style diet high in fruit, vegetables, wholegrains, fish, pulses and olive oil,  and low in red meat and full-fat dairy products, may reduce the risk of developing depression. Second, in people with obesity, weight loss can lead to a reduction in depressive symptoms.

“Third, current evidence does not support the use of nutritional supplements in order to prevent depression.”

These recent results have important implications for all Europeans. The MooDFOOD team has translated these findings into tools for the general population, health professionals (GPs, dieticians and psychologists), researchers and policy makers.

The MooDFOOD prevention trial formed a major part of the five year MooDFOOD project, which investigated the relationship between nutrition and depression. It was funded by the European Commission and led by the Vrije Universiteit Amsterdam.