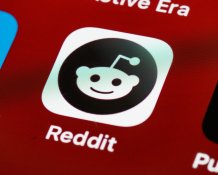 The research focused on the popular news and discussion site, Reddit

Engaging with online communities, particularly those of a generalist nature unconnected to drug and addiction topics, can help people accrue invaluable ‘social capital’ that dramatically reduces the risk of them having a use episode during remission.

Paradoxically, being overly focused upon forums dedicated to therapy and support can in some circumstances have a negative effect, making it more likely that a person will report a use episode during remission.

These insights, arising from new research by the University of Exeter, could have significant public health implications, particularly for those who are less able or willing to engage in traditional in-person recovery and rehabilitation programmes.

Published in the Journal of Medical Internet Research, the paper, Effects of Substance Use, Recovery, and Non–Drug-Related Online Community Participation on the Risk of a Use Episode During Remission From Opioid Use Disorder: Longitudinal Observational Study, highlights the ongoing benefits that online forums can provide many years into a person’s remission journey.

“Opioid addiction is one of the most pressing public health issues of the day,” said research lead Dr Miriam Koschate-Reis, Associate Professor of Computational Social Psychology, in the Faculty of Health and Life Sciences. “Whether it is addiction to prescription drugs such as painkillers, illicitly manufactured synthetic opioids such as fentanyl, or opiates including heroine, the human cost is profound.

“The provision of therapy and recovery support groups is an important step in addressing this issue, but there can barriers to accessing these services such as a lack of funding, stigma, and personal circumstances. This research highlights the impact that online groups, such as forums on popular platforms like Reddit can have. The results suggest that they may provide a lifeline for those who are in remission from opiod use disorder.”

The research team used the popular news and discussion site Reddit as the basis for the research and began by focusing upon one of its dedicated forums – or subreddits – called ‘OpiatesRecovery’. More than 31,000 members have used this forum since 2012, which offers peer support and recovery information, with many regularly making statements about their remission status, such as the number of days since they last used opioids.

After an extensive process of data cleaning, a sample of 457 individuals was formalised, 48% of whom had reported opiate or opioid use during remission during their time on the forum, and 52% who had not. Through analysis of unique and anonymous user IDs, the researchers were able to track activities across the entire Reddit platform, enabling them to construct a picture of which other types of Reddit subforums they were engaging with.

From this, they identified more than 1,200 subreddits, which they categorised into those that related to substance use, those devoted to recovery support, and those unrelated to either. They then recorded the number of posts and comments each participant had contributed during the 2012—2019 timeframe.

“Our findings showed that the greater the number of online non–drug-related groups an individual recovering from opioid use disorder became a part of, the lower the risk of a use episode over time,” said Dr Elahe Naserianhanzaei, co-researcher in the Faculty of Humanities, Arts and Social Sciences. “Indeed, this could be as much as a 5% reduction per subforum. And this effect persisted when membership in recovery and substance use groups was also accounted for. This is in line with the view that social groups deliver health benefits and create resilience.”

The findings also revealed several other notable trends that could warrant further research. The first was that while there was a benefit to engaging with forums devoted to recovery, there was a correlation between those who focused more narrowly upon such sites and those at risk of opioid use during remission.

Secondly, participation in forums that focused on substance use was not associated with an increased risk of an opioid use episode, suggesting that online interactions with people who discuss substance use may not necessarily be harmful for those in remission. Furthermore, the researchers found that there was some correlation between an increased amount of posting activity in recovery and general interest forums, and risk of a use episode during remission - something that, the authors say, warrants further examination.

“Our longitudinal study of online behaviour over six years gives us an insight into a much longer period of recovery than has previously been focused upon,” added Dr Koschate-Reis. “It provides the first indication that a person’s remission journey needs to continue beyond the phase where they build recovery support group memberships and move towards group participation that is non-drug related. And these results indicate that online communities can help people to make that transition.”

The study, Effects of Substance Use, Recovery, and Non–Drug-Related Online Community Participation on the Risk of a Use Episode During Remission From Opioid Use Disorder: Longitudinal Observational Study, was funded by the Engineering and Physical Sciences Research Council, and is available to download at https://www.jmir.org/2022/8/e36555.